For most of January, into February I was given the opportunity to prepare skis for the US Nordic Combined team. This blog will be a multi-part reflection on the experience, detailing the actual work of a ski-tech, the travel, the best (and worst) of European XC ski destinations, the life of an American athlete on the road, and more. The story begins in Austria, spends some time in snowless eastern Germany, makes a couple stops in Norway, and ends at the American Birkebeiner. Follow the journey weekly on the OMC blog. 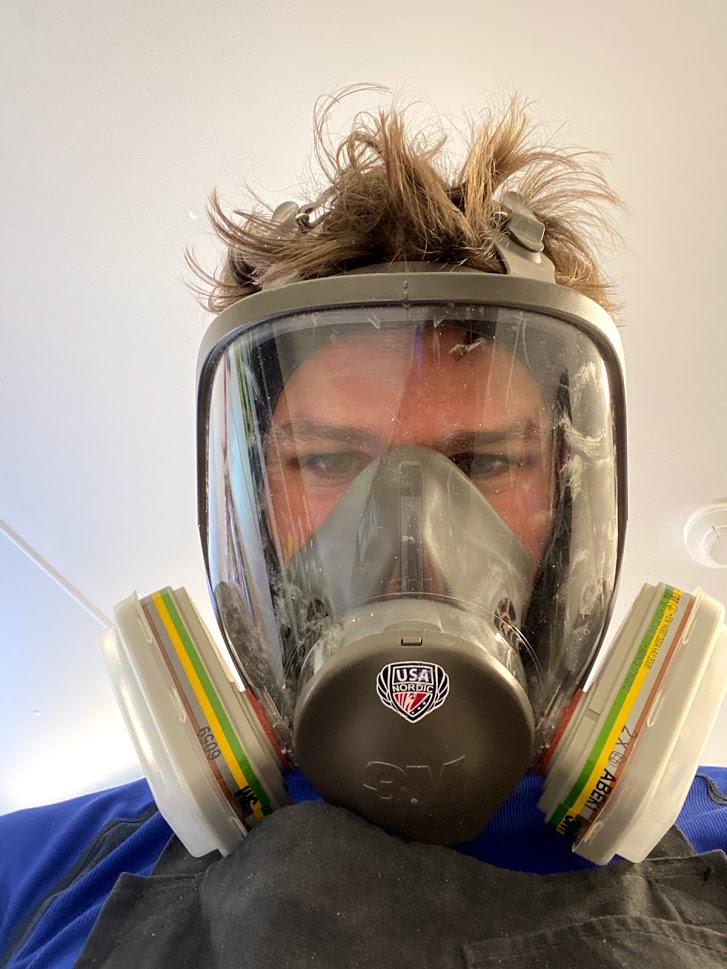 (The respirator is an essential tool when working with Fluorocarbons)

“Okay here’s the keys, and you know how to drive a manual, yeah?” Yeah, I did. But what if I didn’t? This conversation took place in Innsbruck, Austria, a few minutes after I arrived at the train station, and the day before I was to drive seven hours solo to a tiny village in Eastern Germany to meet up with the US Nordic Combined team on the Continental Cup circuit. It was my first time in Europe as an adult, first time driving a vehicle as large as the Ford Transit 350 cargo van before me, and my first time employed as a ski technician. My German was non-existent, my French was hardly passable, I was a vegetarian, and not even close to what one could call ‘extroverted.’ So, good luck to me.

I set off early the morning of January 9th from Innsbruck. The plan was to stop in Seefeld for a ski, and then drive the five hours to Oberweisenthal, Germany, which is on the border of Czech Republic. Thankfully I was treated to a gorgeous sunny warm day in Seefeld. Like something seen on a postcard, Seefeld is one of those picturesque Austrian villages up in the mountains, surrounded by rugged alpine peaks, and chairlifts to seemingly impossible destinations far above. The cross-country trails start right in town and head up into small valley after small valley, each with its own place to stop for food and drinks. 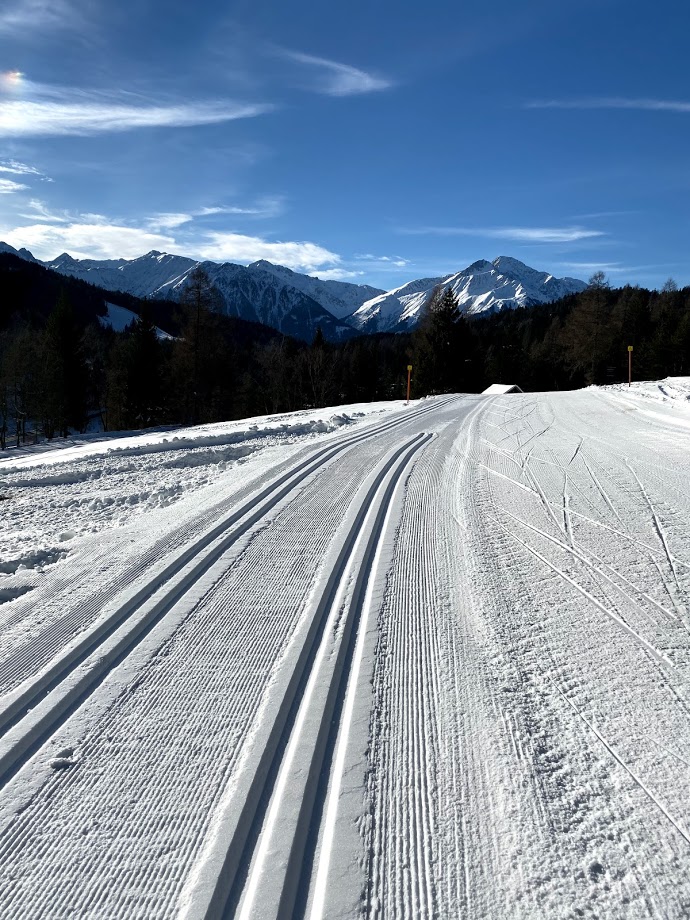 (The dreamy trails in Seefeld, Austria)

Unfortunately, with a six hour drive ahead of me, I was a bit pressed for time. I reluctantly wrapped up my ski after ninety minutes, had a quick lunch on the sunny patio of a hotel, and hit the road. 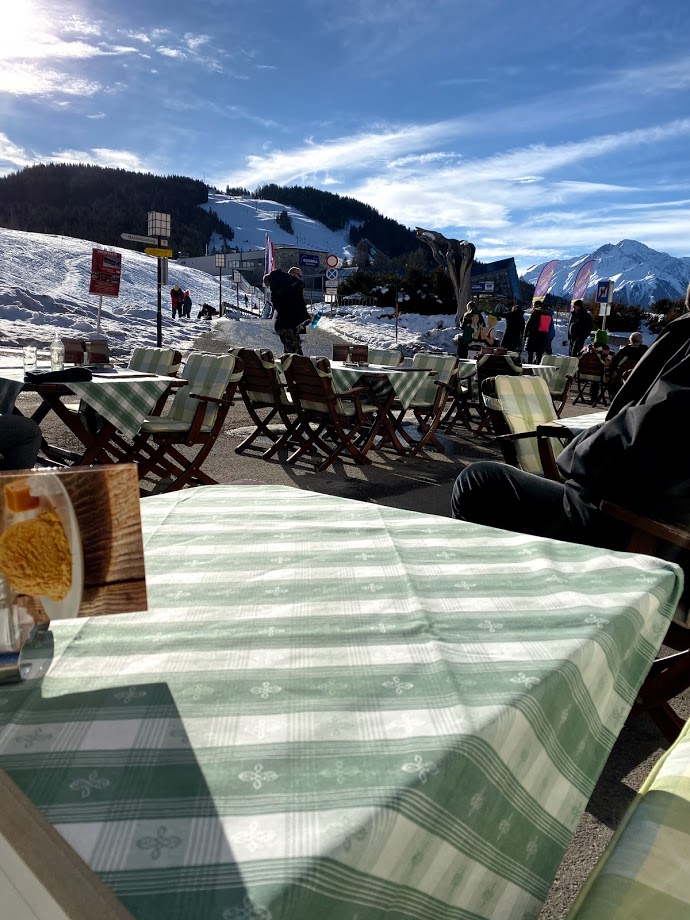 I joined the team of three athletes, Jared, Jasper, and Grant, and the continental cup coach, Tomas, at a little hotel in the rolling hills of Eastern Germany around 8pm on Thursday night. Next day my job was to drive to the race venue and set up the wax room. Preparing skis for a weekend of racing is a fairly simple process, as long as one has an organized operating procedure, and since this was my first day, and I was doing it alone, I had to more or less invent one on the go, and hope that it made some sense in regards to Tomas’ own system. After several hours of hesitation unpacking waxing equipment and skis, Tomas and the athletes arrived at the venue. And apparently I hadn’t messed anything up too badly. Together, Tomas and I readied the wax room for the next day’s events while the athletes went out (in the rain) for a short training ski.

Oberwiesenthal is not an alpine setting. Though located about 3,000 feet above sea level, the new realities of climate change place it in limbo in terms of a ski destination. 2020 was one of the worst years ever for snow in the region, and we were limited to about two kilometers of man-made snow.

Saturday morning I woke up still pretty jet-lagged, but feeling closer to normal. Thankfully the race started at 3pm, so I had plenty of time to learn the system. Since Tomas is Czech, he linked me up with the Czech team’s wax-tech, Wasek. It’s much easier to test skis with another person. The basic idea is: find a fairly gradual downhill, start skiing side by side, link arms for a few seconds to sync your speed, let go and see who goes faster, swap skis and repeat. The slower skis go back to the rack, and the faster ones continue in the test. Sometimes there’s an obvious winner, and sometimes you and your partner must come to an agreement on which skis feel the best.

The ski testing MO is approximately as follows:

1. Test approximately 10 flouro powders and keep the top 3 for a second test closer to race-time.

(A page out of my wax notebook on race day. 6 hand-structure patterns. Each number corresponds to a pair of test skis)

3. Test approximately 5 base waxes, usually a high-fluorocarbon paraffin (or mixture).

4. Test race skis with different grinds and determine a winner.

6. After a winner has been determined for top coat, structure, grind, and base wax, all of these are applied to a pair of race skis for each athlete. This last step only takes a few minutes and is finished about fifteen minutes before the start of the race. 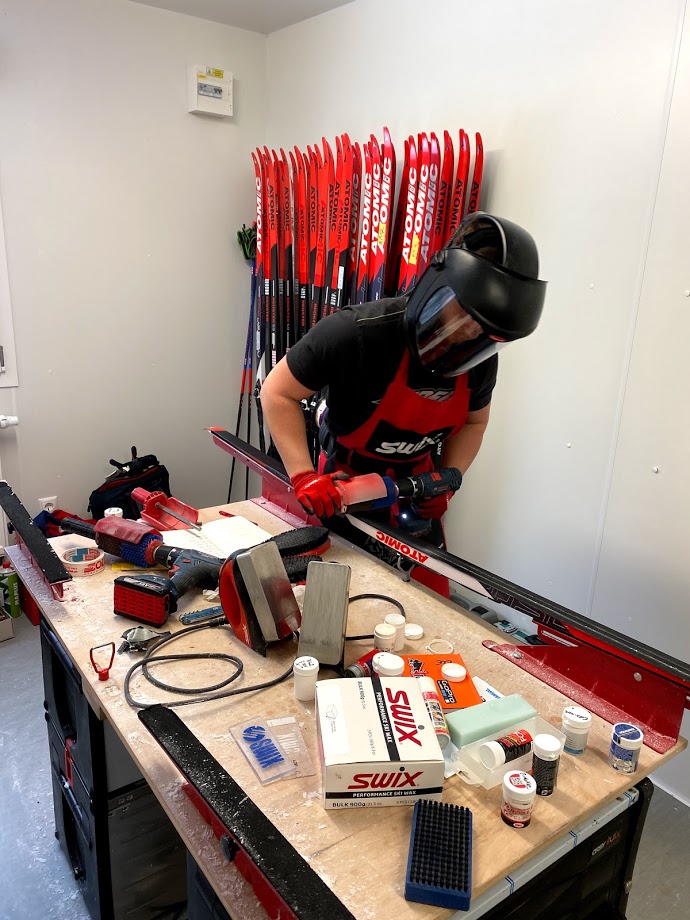 (Wacek geared up working with Fluoros. A typical wax-room scene.)

Wacek and I worked well together and managed to come up with some good skis. The first day I believe our skis were as fast as any other team's, and the second day it appeared that we had some of the better skis in the race, to quote Jasper: "skis were way sicker today!"